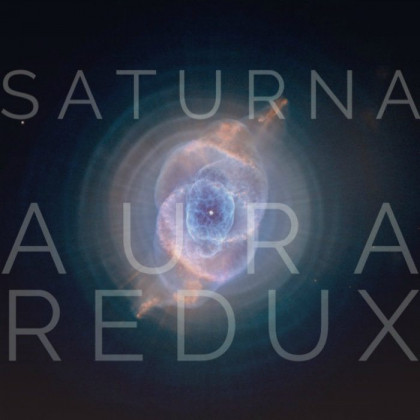 So ahead of it’s time, Saturna had to release it again…

I usually don’t like re-releases, but ‘Aura Redux’ is quite the exception. The sound has been perfected to such scale that even Periphery can take note of the guitar sound, especially the last song of the album – Tars. We are here for the grooves, right, Saturna are not short of polyrhythmic awesome. Amazing refresh of the old marvel (click here for the initial release).

The album was re-recorded in the Resonance Studios, the production is of very high quality.

Enjoyable djent-instrumental journey, which will appeal even the most pedantic fans. That multi-layered composition features chord progressions and key changes, turning into some really creepy sounding riffs. What I like the most are those spontaneous transitions between the moments. I love that American feel for the boom moment.

Guitars sound fantastic, that compression of the low tunings is gorgeous. The drums are a little bit lost and give way to the string instruments, but fit the idea behind the mix perfectly. The album sounds very heavy and ‘Saturna‘ can be proud of the production they achieved.

Favorite songs: … All of them