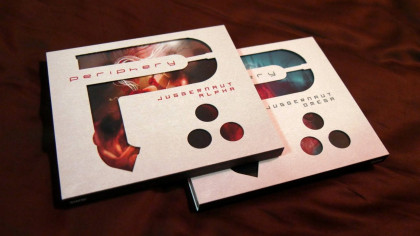 One of the defining albums of our age

*This article is a huge spoiler alert, by the way….

There are bands that make amazing music, bands that really kill you with breakdowns, amazing solos and production. But there aren’t so many bands that will create such a masterpiece that is musically stunning, the sound is just out of this world and then you have the concept behind the lyrics and the composition. Periphery for me caused a revolution in the modern metal (together with Tesseract), not that they found the hot water, they just took everything that has been made until now, added a little bit of their genius and with a bold move their magic started producing some of the most exquisite and complete compositions. The album is quite hard for a linear analysis, so I will give you references, as a single song has no meaning, without the others.

Some of the album art: 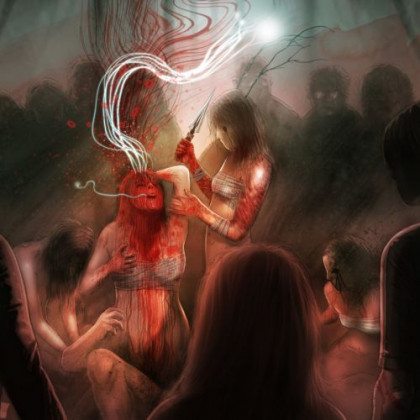 It will be wrong if we look at their art solely as music, their ideas are quite philosophical and have an important meaning to us all, not to mention here we have the dreamed djent sound, I think that is the best production ever, even Periphery III: Select Difficulty cannot match those guitars here.

Ok, enough for their genius, I can write a 20 page article about that, let’s head to Juggernaut Alpha/Omega and it’s philosophical concept. Here I will give you my thoughts and what I dug from it. BTW listening to Periphery without trying to understand the meaning behind the albums and songs is a pure waste of time and enjoyment.

Juggernaut Alpha/Omega is a homogeneous story about anger and deliverance.

Alpha starts with a song of a birth in some ritual, “A Black Minute“, which is quite creepy, but we get to the idea later in “MK Ultra” (and 22 Faces), which serves as a hint to CIA mind-control experiment experiment that went horribly wrong and went for years (article here), but I don’t feel the album is a tribute to the victims of the happening (that as well, but not the center of the story), it serves as a anger point to the atrocities committed by the controlling classes and reference to the ideology about which Periphery wants to serve to us. The band is creating philosophical music that tries to explain phenomenons in our lives.

In Alpha we can see the character’s development from “Heavy Heart“, a song about guilt that rises to the moment where there is some enjoyment in violence. There is a very interesting concept here, about evil that tries to justify it’s actions as to the moment that guilt is no longer present. “The Event” a prelude to “The Scourge“, the two songs together want to tell us that something is about to start happening, “The Scourge” is about the plan of the hero and it’s execution, he wants to start killing and bring vengeance to the world for his pain and suffering, “Alpha” on the other hand is again about the guilt of our actions and that all can be erased by simply moving forward, it serves as a moment of reason, but not enough to heal the soul of the main character.

Ok songs aside for now, Periphery as said above are writing music about the society. I must agree with them that evil prevails in our world, the scary moment is when it starts to try to justify it’s actions, that it is actually right to commit all the actions that brought suffery and pain to other, that it is making it for the greater good… don’t judge me, but I agree about some of that, the world is ignorant and that is ridiculous. 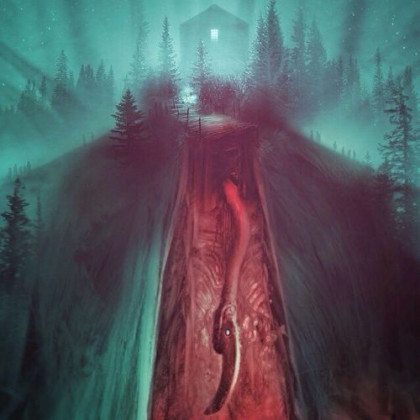 Look at the tool you are reading that article from, the sheer informational power anyone can get from it, and you are saying to me that people use it only for shit like Candy Crush and reading Vip brother stories… come on, it is easy to want to destroy this world, as it is getting worse and worse and I won’t start the debate about the presidential elections in the USA, but I think that is the bottom to which society can bring itself as to it’s lack of knowledge and intelligence.

I love “22 Faces“, the name of that song gives us one more reference to mind-control and a concept for multiple personalities. The victim of an survivor-intended-victim of a modern-day human sacrifice ceremony is the character here, but don’t treat all the stories separate, they are one, trying to open your eyes to what everything around you has become. Periphery want to show you a world of horrible suffer there around you and point at you, cause all you want to keep thinking about are the new sneakers. All that anger in their art is completely justified and their point is absolutely right.

So “Rainbow Gravity” is a very important song from the album as it explains to us how pain can find it’s motive for the revenge (read about Rainbow Gravity theory here, quantum physics), the song itself doesn’t say that the theory is right, but what are we doing in our life if it is true and how nobody gives any attention to such ideas, how nobody thinks about that this universe is just crazy… that our lives can actually mean nothing, or they may mean absolutely everything and that our consciousness is a key phenomenon in the creation, I don’t know, that will be somewhere in other article.

That masterpiece is followed by “Psychosphere“, where the hero thinks about murder and vengeance, hard song to listen to, explaining madness and confusion. One of the slow burning and psychedelic songs, but quite aggressive , it serves as prelude to Omega.

We got to Omega, where even Stranger Things start to happen.

It starts with a “Reprisal“, which is actually a… reprisal, which means a repeat in music, literally “A Black Minute” with a different arrangement, then comes “The Bad Thing” which is a masterpiece of djent and is a full spread of the hate and negativity in the story, it is a beautiful song, that has hope and a will for violence, the character sees demons everywhere and is looking for salvation from within. “The Bad Thing” for me is the triumph of his plan, bringing doom, but there are more interesting things happening in Omega…

… but the next song “The Priestess” starts to get us confused, breaking the linear timeline of the story in some way, it is something like a love story, in which the hero is willing to die already, his soul is torn and he has lost all that matters to him. That piece has something encoded that I cannot get to, so actually I cannot help with explaining it.

Well “Graveless” is about the suicide which our guy commits (musical reprisal from “The Scourge” is present here), really aggressive and beautifully crafted song, which is followed by “Hell Below“, a ride through hell itself and the suffering of a soul down there, that song is heavy and slow burning, the jazz-fusion ending is awesome, though. The song “Omega” is the end of the story, it starts with a requiem piano, so his soul is dying and he is full of regret for all he has done… here is where the story actually starts explaining itself and the hint is that the story has actually two characters, or two personalities, as our hero does things and then regrets, he is changing his personality, he admits he is a monster, he is begging forgiveness (22 Faces, remember…), there is one more lyrical reprisal from the song “Alpha“:

Stop bleeding on the inside
We are alive, and it’s more that enough to paint the walls that are white
Can we show the ones who are blind?

https://www.youtube.com/watch?v=p1DtiALcjzM
The full of secrets ending…

Welcome to the end of the story, or it is a new beginning, as here the hero is going to be granted a resurrection by the Dark One, it feels like the lord of the dark realms is actually approving what the character has done in his life, what he has done is right:

Exhale your death and feel life, like water raining from above

All the sacrifice done is justified, the world is not alright, he has to be reborn in Different Time and space, reference from the trilogy (Periphery II: This Time It’s Personal), that really confused me, it is like Juggernaut Alpha/Omega is a finish of Periphery II: This Time It’s Personal‘s story or at least it adds up to it. So the song finishes with the beginning of “A Black Minute” (reprisal again), our hero is reborn and returned to continue his deed in the world.

Well, woah, I think I have missed a lot, maybe I didn’t get it right, please comment bellow, as this complex album is really intriguing and musically stunning, it is quite hard to understand what has been encoded there inside.

I am really looking forward to a discussion, keep it coming, take care and awe to music. 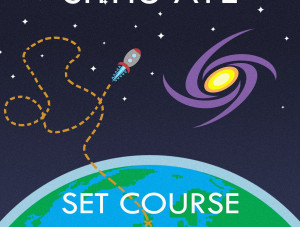 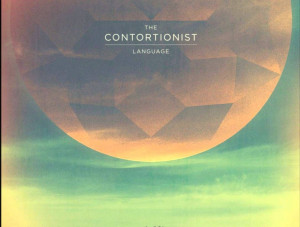 hey! interesting review, I wanted to ask … What is the meaning of Periphery albums? I know that this is to find the meaning I have to do it myself, and Periphery has lyrics about how the upper classes fuck us (at least that’s what I understood), but actually it’s a problem to analyze letters in general, I’ve been in the metal for a short time and Periphery call my attention for their lyrics and music, for example in marigold I do not know if they talk about death or in the new way if it is about depression, I would like you to give me advice or reference points to enjoy the songs better, greetings !

reading the lyrics a bit … the story revolves in what? … first, we are given ideas of the controlling classes, from there comes a character who seeks to change the ignorant world through the force (I do not understand the suffering that you say) this makes several reflections that are superintending that are (like Raimbow gravity) in the end this can not bear the guilt of all his evil deeds to change the world and commits suicide, in hell, the dark lord or satan tells him that all his acts are justifiable and he returns it to the

more or less that’s what I understood listening to their music and based on your analysis, I could not interpret well songs like the bad thing or Psychosphere, I’m not to understand poetry haha

sorry if I’m very upset, I really want to understand the meaning of periphery, I had the opportunity to meet Bowen, he is a very interesting musician, but at the time I asked him about his lyrics, I do not know if he did not answer or did not understand He only said that they supported Spencer when he could not continue.