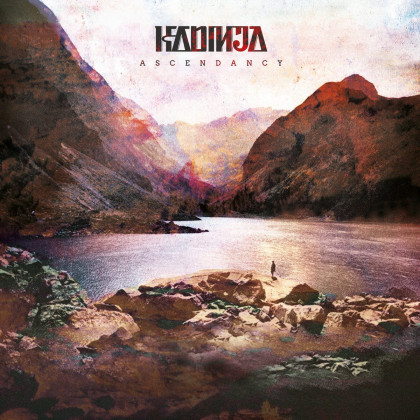 One of the best djent albums out there

I’ve been a fan of Kadinja for quite some time already and that release was highly anticipated. We had a chance to talk to Morgan Berthet, who is playing drums there (interview here), hyped af, but the result of what the band has produced is nothing short of absolute awesomeness. Ascendancy is extremely technical, melodic and groovy, not to mention that the quality of the production is stellar. My personal opinion is that this band will have the chance to grow in epic scales in the short future, mark my words.


Ascendancy is all you’d want from a heavy prog album

It would be hard for me to run away from the bias of being a fan, but no matter how objective I strive to be, this record has put me in a helpless state. Recently it is hard get stuck on something that feels extraordinary and interesting, Kadinja is such a band, their riffs and melodies are gripping. We all love the emotional impact of a song and “GLHF” or “Dominique” are perfect examples how a masterfully engineered groove build-up can lead to an explosion of sensations.

The record is full of aggressive chops and breakdowns, and what I find extraordinary is that they have a style, yet they remain in the sphere of the djent groove that has lead to the rise of the genre . We have the punchy, polyrhytmic breaks at times and with that definitely amazing sound, the effect is a much wow. I can say that Ascendancy is well balanced, you have the chugs of “‘Til The Ground Disappears” and then the mild blissful sound of the piano in “Episteme Part II”, and that contrast is a sign of creativity, which is hard to find nowadays. The vocals are catchy in all the spectrum they have been exploited, the growls and screams are as aggressive as they should be for a moment to sound heavy. It is surprising how thy have kept the the balance between the dirty and the clean vocals, there are a lot of techniques being used, but the melodic ones prove my theory, that Kadinja has a very talented vocalist.

Thinking with a mind of a guitarist, the guitar mastery in Ascendancy bring up envy in every single string instrument user. I expected more solos, where you get them, like in the ending “Bittersweet Guilt” or “Ropes Of You”, they are short, tight beautiful.

The guys had a successful crowdfunding campaign for Ascendancy we were all pumped by some studio videos, by their previews releases, I could say I was expecting a stellar production… but the sound here just blew me away. First the chugs have been mixed and recorded so accurately that together with the drums they sound like a different sound prototype, but do not lack life at all. I think that is one of the tightest productions I have heard in a while, even my experiment with shitty laptop speakers was enjoyable (I had to try it). Kadinja have achieved a sound equilibrium, you can easily hear every single hit of every instrument, amazing layer steadiness.

Long waited, Ascendancy was worth the time, they have put so much music and yet all sounds just right, nothing is overdone, Kadinja deserves far more exposure in the prog realms.