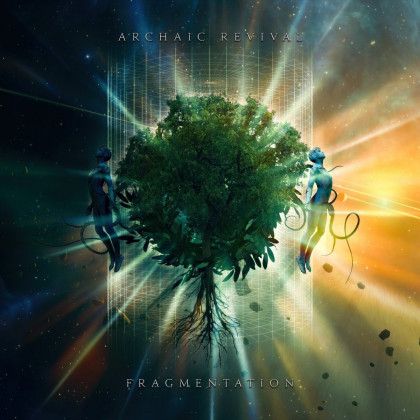 Right now I will admit, that I am into crazy music lately and Archaic Revival is a djent solo project that really gets the thall prize with this record. ‘Fragmentation’ is like a conversation with your best friend, who is also schizophrenic, but you can’t stop listening to his nonsenses because they are way too cool. That is something worth scraping the web until you find that marvel. Ok, let’s groove, play it, that EP kicks butts way too hard, love it.

‘Fragmentation’ is an etalon for thall djent

One giant breakdown, but surely not boring, I couldn’t count the time the tempo changed here, that is what I call a rhythm achievement. The record features mostly heavy and not that melodic riffs, you will headbang. About the concept, I cheated by googling the tag they have put in Bandcamp (Terence McKenna)

“The Archaic Revival is a clarion call to recover our birthright, however uncomfortable that may make us. It is a call to realize that life lived in the absence of the psychedelic experience upon which primordial shamanism is based is life trivialized, life denied, life enslaved to the ego and its fear of dissolution in the mysterious matrix of feeling that is all around us. It is in the Archaic Revival that our transcendence of the historical dilemma actually lies.”  – Terence McKenna

And just wow, there was the feel that something wants to rape my brain. That is an extremely deep way to make art I have always loved music with meaning and yet so damn heavy, that will remind you of Meshuggah and The Contortionist (Exoplanet). Thinking about that I must say that bands, real djent bands and progressive music artists like Archaic Revival have a very big chance of staying in the dark just because people just don’t get that music.

The compositions are cascading from tempo changes to polyrhythms, but most of the time it is an awesome groove that makes you headbang. Hard to assimilate and really cool, ‘Fragmentation’ leaves a nice taste of awesomeness in you. Let’s go to the production, because it is really good.

The mix does it’s job to get you hooked, really good vibe and compression for a solo project. When it comes to bass, I think that the djent musicians (other styles too, but djent mostly fans of Meshuggah know what I am talking about) really gave a new life to that specter of the sound in metal, it is there, you can hear it and you can actually say it is there, it does not fade in the music. The guitars may sound a little bit buffed, extremely compressed and maybe a little raw, but that makes it even more delightful.

‘Fragmentation’ is an awesome debut EP for Archaic Revival

Recommended songs: A Verse From The Void, Tryptamine